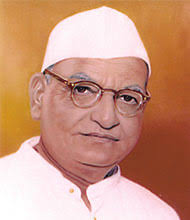 The Karmaveer Kakasaheb Wagh Education Society was established in the year 1970 by the well-known visionary and social reformer Late Shri. Devram Sayaji alias Kakasaheb Wagh with the aim of imparting quality education in rural area. The people of the area aptly gave him the title 'Karmaveer'. The Government of India acknowledged his social contribution by awarding him the 'Padmashree'. He was active in Social Work till his demise in 1973. Then the reins of the Society were passed on to Late Shri. P. J. Mogal and Shri. Balasaheb Wagh, and they have continued the noble task by following footsteps of Karmaveer Kakasaheb Wagh. The Society is registered under Society’s Act 1860 and Bombay Public Act 1950. 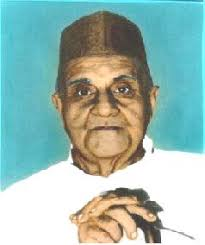 Late Shri. Ratanseth Haridas Udeshi (Kakuseth) of Philanthropic Udeshi family, and Hirabai Hansraj Surji Charitable Trust was instrumental in granting 23 Acres of land to K. K. Wagh Education Society. The Society’s Main Campus at Amrutdham is named in the memory of his mother as “Hirabai Haridas Vidyanagari”. Kakuseth has established Charitable Dispensaries, Institutions, Schools, Hospitals, and Dharamshalas at many religious places in India.